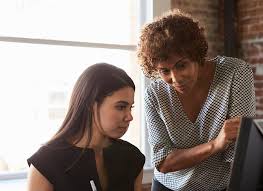 A few actions matter, and they require the CEO’s attention.

Organizations have always needed leaders who are good at recognizing emerging challenges and inspiring organizational responses. That need is intensifying today as leaders confront, among other things, digitization, the surging power of data as a competitive weapon, and the ability of artificial intelligence to automate the workplace and enhance business performance. These technology-driven shifts create an imperative for most organizations to change, which in turn demands more and better leaders up and down the line.

Stay current on your favorite topicsSUBSCRIBE

Unfortunately, there is overwhelming evidence that the plethora of services, books, articles, seminars, conferences, and TED-like talks purporting to have the answers—a global industry estimated to be worth more than $50 billion—are delivering disappointing results. According to a recent Fortune survey, only 7 percent of CEOs believe their companies are building effective global leaders, and just 10 percent said that their leadership-development initiatives have a clear business impact. Our latest research has a similar message: only 11 percent of more than 500 executives we polled around the globe strongly agreed with the statement that their leadership-development interventions achieve and sustain the desired results.

In our survey, we asked executives to tell us about the circumstances in which their leadership-development programs were effective and when they were not. We found that much needs to happen for leadership development to work at scale, and there is no “silver bullet” that will singlehandedly make the difference between success and failure (Exhibit 1).

That said, statistically speaking, four sets of interventions appear to matter most: contextualizing the program based on the organization’s position and strategy, ensuring sufficient reach across the organization, designing the program for the transfer of learning, and using system reinforcement to lock in change (Exhibit 2). This is the first time we have amassed systematic data on the interventions that seem to drive effective leadership-development programs. Interestingly, the priorities identified by our research are to a large extent mirror images of the most common mistakes that businesses make when trying to improve the capabilities of their managers. Collectively, they also help emphasize the central role of technology today in necessitating and enabling strong leadership development.

Would you like to learn more about the McKinsey Academy?

Focus on the shifts that matter

In our survey, executives told us that their organizations often fail to translate their company’s strategy into a leadership model specific to their needs (whether it is, say, to support a turnaround, a program of acquisitions, or a period of organic growth). Conversely, organizations with successful leadership-development programs were eight times more likely than those with unsuccessful ones to have focused on leadership behavior that executives believed were critical drivers of business performance.1

The implications are clear for organizations seeking to master today’s environment of accelerating disruption: leadership-development efforts must be animated by those new strategic imperatives, translating them into growth priorities for individual managers, with empathy for the degree of change required. An important piece of the puzzle is enhancing the ability of leaders to adapt to different situations and adjust their behavior (something that requires a high degree of self-awareness and a learning mind-set). Leaders with these attributes are four times more prepared to lead amidst change.

Make it an organizational journey, not cohort specific

Achieving sufficient reach amidst today’s rapid change is challenging: most leadership-development programs are typically of short duration (a few weeks to several months), sporadic, and piecemeal—making it difficult for the program to keep up with changes in the organization’s priorities, much less develop a critical mass of leaders ready to pursue them.

Design for the transfer of learning

Technology can also help companies break out of the “teacher and classroom” (facilitator and workshop) model that so many still rely on, maximizing the value and organizational impact of what is taught and learned. Fast-paced digital learning is easier to embed in the day-to-day work flows of managers. Every successful leader tells stories of how he or she developed leadership capabilities by dealing with a real problem in a specific context, and our survey provides supporting evidence for these anecdotes: companies with successful leadership-development programs were four to five times more likely to require participants to apply their learnings in new settings over an extended period and to practice them in their job.

This is just one of several modern adult-learning principles grounded in neuroscience that companies can employ to speed the behavior and mind-set shifts leaders need to thrive in today’s fast-changing environment. Others include learning through a positive frame (successful leadership developers were around three times more likely to allow participants to build on a strength rather than correcting a development area), and providing coaching that encourages introspection and self-discovery (which also was three times more prevalent among successful leadership developers).

Leadership-development efforts have always foundered when participants learn new things, but then return to a rigid organization that disregards their efforts for change or even actively works against them. Given the pace of change today, adapting systems, processes, and culture that can support change-enabling leadership development is critically important. Technology can support organizational interventions that accelerate the process. For example, blogs, video messages, and social-media platforms help leaders engage with many more people as they seek to foster understanding, create conviction, and act as role models for the desired leadership behavior and competencies.

Also critical are formal mechanisms (such as the performance-management system, the talent-review system, and shifts in organizational structure) for reinforcing the required changes in competencies.2In our latest research, we found that successful leadership-development programs were roughly five to six times more likely to involve senior leaders acting as project sponsors, mentors, and coaches and to encompass adaptations to HR systems aimed at reinforcing the new leadership model. Data-enabled talent-management systems—popularized by Google and often referred to as people analytics—can increase the number of people meaningfully evaluated against new competencies and boost the precision of that evaluation.

Most CEOs have gotten religion about the impact of accelerating disruption and the need to adapt in response. Time and again, though, we see those same CEOs forgetting about the need to translate strategy into specific organizational capabilities, paying lip service to their talent ambitions, and delegating responsibility to the head of learning with a flourish of fine words, only for that individual to complain later about lack of support from above. To be fair, CEOs are pulled in many directions, and they note that leadership development often doesn’t make an impact on performance in the short run.

At the same time, we see many heads of learning confronting CEOs with a set of complex interwoven interventions, not always focusing on what matters most.

But as the pace of change for strategies and business models increases, so does the cost of lagging leadership development. If CEOs and their top teams are serious about long-term performance, they need to commit themselves to the success of corporate leadership-development efforts now. Chief human-resource officers and heads of learning need to simplify their programs, focusing on what really matters.