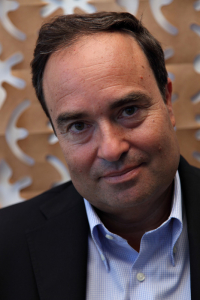 Lorenzo De Grandi, after the American Diploma ( T.O.E.F.L. & S.A.T. ) at Harvard University, graduates in Business and Management at Cattolica University of Milan.
He begins in 1985 in the retail marketing industry, and in 1989 he is already partner in Learning Systems (subsidiary of the Wilson Learning Worldwide, worldwide leader of technologies for HR development), of which he subsequently assumes the position of Vice-President.
He develops projects mainly in the commercial area on training topics such as Trade Marketing, Key Account Management and Customer Service.
In 2001 he founds Choralia and, alongside with the realization of the mission, he mainly deals with consulting projects related to the integration of clients’ business objectives and skills development.
The sectors in which Lorenzo is more frequently involved are Retail, Automotive, Telephony, SIM and Insurance and Pharmaceutical.